A video footage from the hotel room of a murderer was released, which on October 1st last year carried out a massacre in Las Vegas, after opening fire on people who attended a concert.

The retired accountant Steven Pedoco killed 59 people (including the predator), wounded over 500, and after the massacre committed suicide in his hotel room.

The footage of the massacre in Las Vegas that is released by LVMPD, shows the moment when the specialists broke through the door and entered the room on the 32nd floor of the Mandalai Bay Hotel, where Pedoco began shooting at about 22,000 visitors at a Las Vegas music festival. 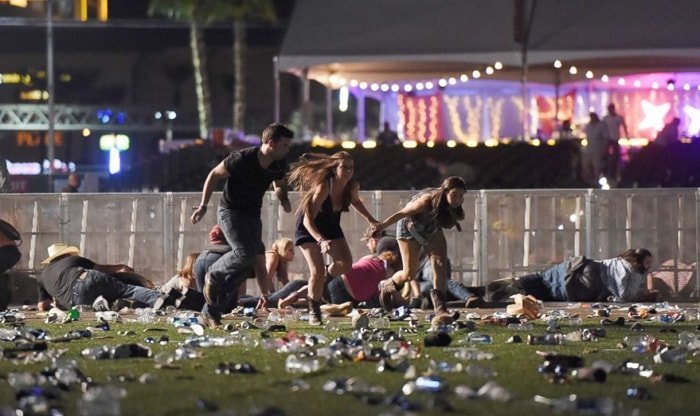 When specialists broke into the room, found Pedoco dead, and one of the specialists cries out: “On the floor is 413”. The door was blocked with the help of the catering table before the special forces were attacked.

The police also spotted cameras in several places, and looked like they were pointing at the corridor and pointing to the connection of the nearby rooms with the killer. As a result, the specialists immediately started searching all the surrounding rooms, in the moments when the hotel was in control of the real chaos and congestion after the shootings.

Las Vegas police chief Joe Lombardo announced that a tape from a call to emergency services will soon be posted, according to CNN.