Rihanna unrecognizable, but loud and noticed by everyone at a protest on the streets of New York (VIDEO)

Rihanna suddenly decided to protest in New York, much to everyone’s surprise. She had previously openly condemned racism on several occasions but has now decided to go one step further and take to the streets in support.

World-famous singer Rihanna once again decided to confirm her rebellious spirit, so fully disguised with a face mask, hat and sunglasses, she decided to contribute to the protests held in New York against Asian racism.

Videos and photos have become a real hit on social media.

Rihanna giving her Instagram handle to protesters at the #StopAsianHate march in NYC. pic.twitter.com/3g4uG7PPs3

Rihanna was out in NYC at the Stop Asian Hate march alongside her assistant!! (📹: @teacuptina) pic.twitter.com/ohqNXuNP0x

Read: Rita Ora had an accident with her bikini while sunbathing in Australia in a perfectly natural edition

Rihanna unrecognizable at a protest on the streets of New York

The video shows a protester remaining speechless when Rihanna gave him a link to her Instagram account.

Is that you? the participant asks confused, and this video was found in the news of all world media. 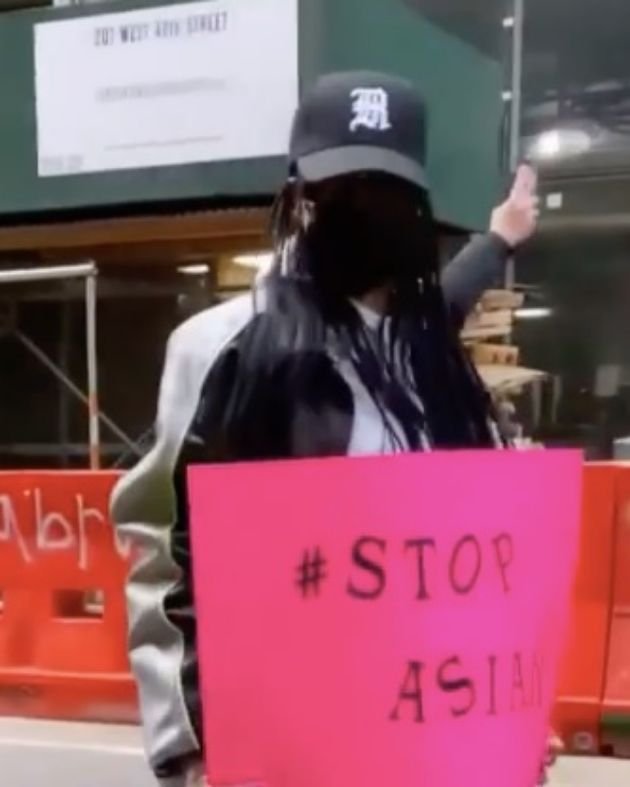 Rihanna unrecognizable at a protest on the streets of New York

The 33-year-old singer from Barbados is known for her open advocacy against racism. Rihanna joined social media last year in the fight against police brutality, having previously openly advocated for inclusiveness and struggled to break the racist divisions in the cosmetics industry through her Fenty Hair line.