Khloé and Tristan resumed their relationship last fall, otherwise, they are the parents of 3-year-old True Thompson. Just a few months ago, rumors circulated in the media that the couple was engaged and planning to get married after Khloé previously posted a photo on Instagram showing a huge diamond ring, but it seems that for now, their story will not have a happy ending.

Read: Marc Anthony outraged by JLO: “Our children have not yet recovered from Alex’s departure, and Mom already has a new boyfriend” 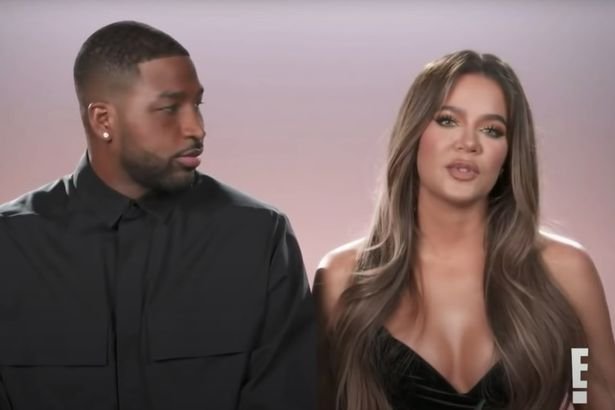 Khloé Kardashian decides to end the relationship with Tristan Thompson

The star of the reality show Keeping up with the Kardashians and the NBA player hasn’t yet come out with official information that they are breaking up, but according to media reports, this time the reason for the breakup is that Tristan was spotted entering the room with another three girls at a party in Los Angeles.

According to eyewitnesses, the party that took place last Thursday (June 17) was organized by the famous musician Drake and was held in a private house. Footage of the party, which Tristan allegedly attended, also appeared on YouTube.

They saw him enter a bedroom with 3 girls

“Tristan was with Drake, Didi and Chris Brown for most of the evening. We saw him having fun with several girls upstairs and then he went to a private room with three girls. He looked in a good mood and wanted to have fun. He drank and had fun until early in the morning.”, say eyewitnesses for E! News.

Tristan immediately denied such writings, so maybe this isn’t the reason for their separation, but something else.

According to other sources, Khloé and Tristan have been separated for several weeks, ie they ended the relationship after 23-year-old Instagram influencer Sidney Chase previously claimed that the NBA player had cheated on his girlfriend with her.

Read: Kim Kardashian admits: “Without home video I wouldn’t have succeeded, but then I cried and was drugged”

Khloé and Tristan have been together since 2016, and in 2018 they became True’s parents. They broke up in 2019 after Tristan was seen kissing Kylie Jenner’s best friend, Jordan Woods, during a party at his home.

However, Khloé and Tristan were on good terms, celebrating their daughter’s two birthdays together, only to announce last fall that they were together again. Whether this will mean the definitive end of their relationship or just another of the many dramas remains to be seen.

TRENDING: More or less bizarre: Kourtney Kardashian shocked the world with the way she shows love for her new boyfriend