After the scandal with the non-photoshopped photo, Khloé Kardashian is unrecognizable again: “I will continue to do that without apology”

As she previously said in a statement after the non-photoshop scandal, Khloé Kardashian is a girl who “wants a good filter and good lighting.” They help her cope with the insecurity she feels, because judging by the same statements, she has grown up in the “shadow” of her beautiful sisters.

“I have a good filter, good light and I edit a photo from time to time. I also put on make-up, do my nails or wear heels to present myself the way I want to and I will continue to do so without apology. My body and how I want to look and what to share is my choice. No one can decide or judge what is acceptable and what is not.”, Khloé said recently.

We don’t have to be experts to see what challenges the reality star faces if we just look at how many transformations she has undergone since 2007 when they started filming the reality show until now.

After the scandal with the non-photoshopped photo, Khloé Kardashian is unrecognizable again

In the latest photo posted on the Instagram page of her brand Good American, Khloé Kardashian appeared in a one-piece swimsuit, and her face is almost unrecognizable. 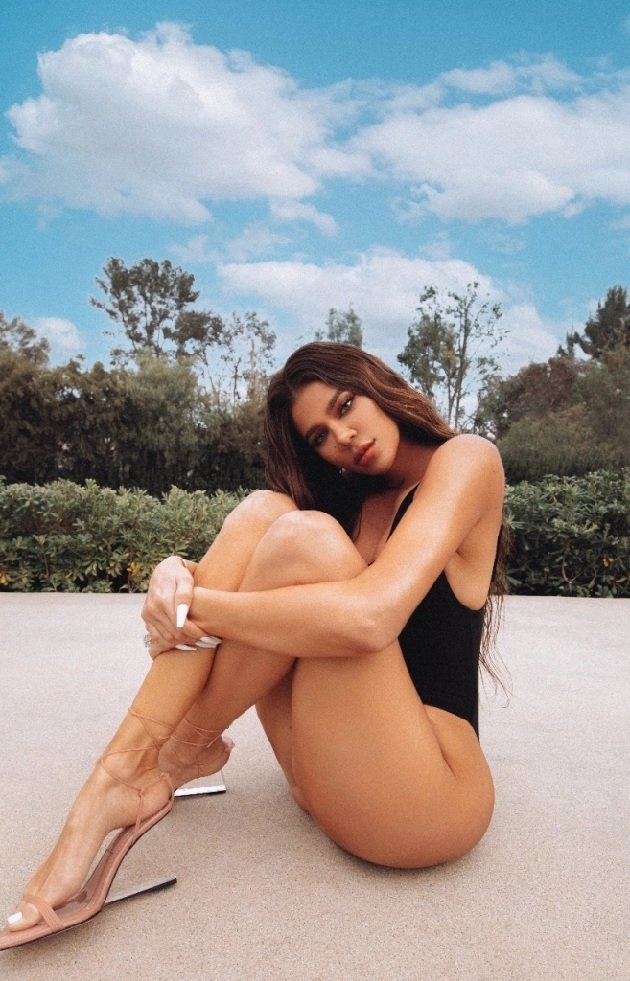 After the scandal with the non-photoshopped photo, Khloé Kardashian is unrecognizable again

Although we all look at the swimsuit first, in this photo, the 36-year-old reality star actually promoted the shoes that the brand will launch today. The collection is called CINDER-F * CKING-RELLA.

Earlier, after a non-photoshopped photo of Khloé Kardashian appeared on the Internet, she and her family worked overtime to erase all traces of it, but the attempt was not completely successful.

In addition, Khloé published a longer statement in which she spoke about the stress she faces because her body is constantly analyzed as a public figure.

Read: The Kardashians’ cousins are like their twins – Who are Kara, Kourtni and Krista?