It was defined yesterday that Paris Saint-Germain and Manchester City, ie Real Madrid and Chelsea are the semi-final pairs in the Champions League, and today the European Football Association (UEFA) confirmed the dates of the matches. 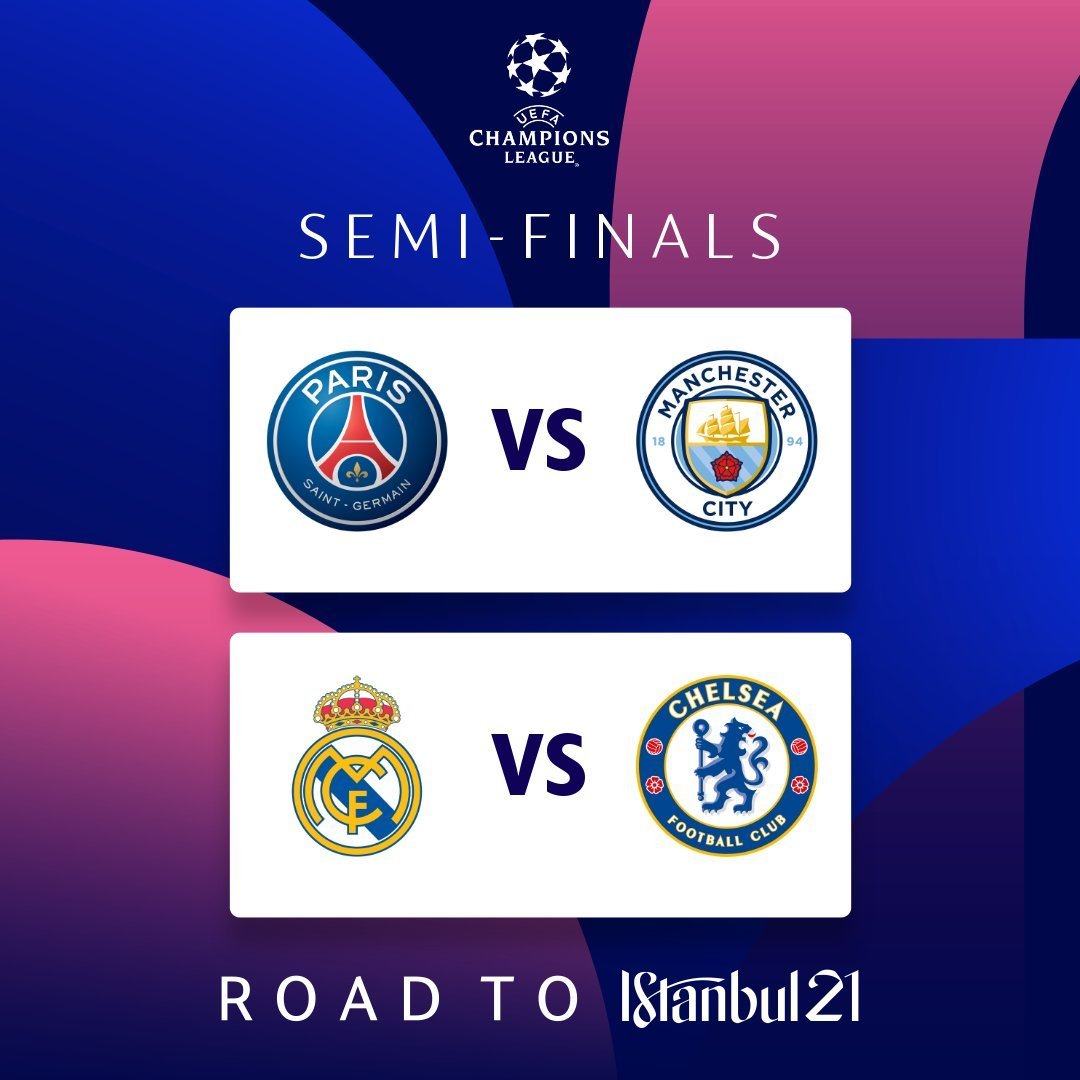 The first semi-final match between Real Madrid and Chelsea will be played on April 27, while the first match between PSG and Manchester City on the program is a day later, April 28.

Rematch matches after which the finalists will be known will be played a week later. Real and Chelsea will play on May 5, while City will meet PSG a day earlier, on May 4.

Read: UEFA has confirmed that there will be an audience for the matches of the European Championship 2021

The Champions League final will be played on May 29 in Istanbul at the Ataturk Stadium.