Both the 45-year-old actress and her daughter Vivienne are in a casual edition, and in all the paparazzi photos they are hugging. 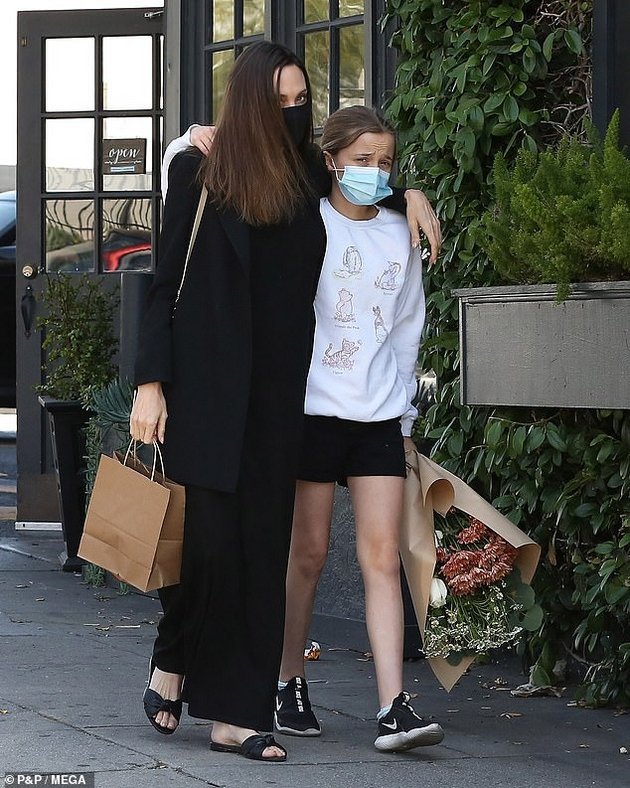 Jolie is dressed in a black dress and doesn’t wear a bra, and she complemented the combination with a black jacket, slippers and a beige bag.

Vivienne is in a casual combination with black shorts and a white blouse with prints.

Meanwhile, the court battle with Brad Pitt is still ongoing

In addition to Vivienne, Angelina Jolie has five other children and is still battling with her ex-husband Brad Pitt for custody. They separated in 2016, and since then they have not been able to find a common solution. 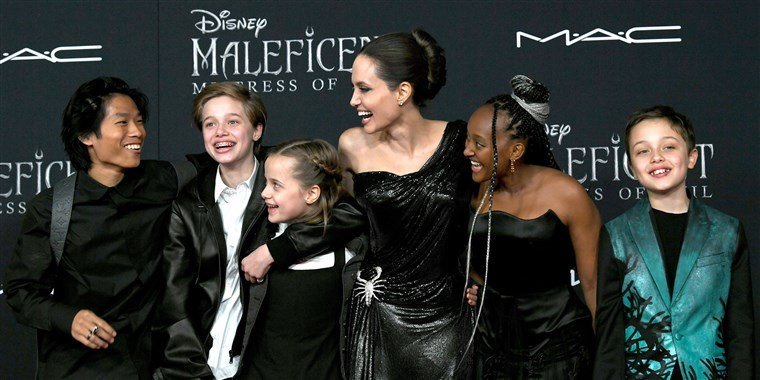 Meanwhile, the court battle with Brad Pitt is still ongoing, and reportedly now Jolie will testify against him.

Despite the many problems, Angelina Jolie accused Brad Pitt of domestic violence and consulted with the FBI, which launched an investigation. While Brad wants joint custody, Angelina doesn’t allow it and according to some sources, the actors may be “dragged” in court for several more years.

Recently, their eldest son Maddox testified against Brad Pitt, and it became known that he no longer wants to use his last name.

Read: Justin Bieber admits guards had to measure his pulse when he overdid it – The Dark Side of Fame

Read: Patrizia Reggiani is disappointed with how Lady Gaga approached the role

The FBI investigation is currently closed, but reportedly now Jolie will testify against Brad, so it isn’t surprising that legal experts predict that their battle will drag on for several more years and will cost them a lot of money.