The love story of the century! The Queen was just a young girl staring at a handsome naval cadet

Queen Elizabeth and her Prince Philip celebrated their 73rd wedding anniversary this year. They went through many world and family crises together but still stayed together until his last breath.

They spent the last year of their lives together, isolated from the rest of the family and the world at Windsor Castle. They also celebrated their 73rd wedding anniversary there, on November 20, 2020. Queen Elizabeth II has been caring for his ill health for the past few months. Prince Philip died at Windsor Castle on the morning of 9 April.

In their 73 years of marriage, Elizabeth and Philip have gone through many turbulent political applications, family scandals, losses, but also happiness. They have 4 children, 8 grandchildren and 10 great-grandchildren.

The love story of Elizabeth and Philip

Their love story began many years before the marriage. When Elizabeth was only 8 years old, she met Philip at the wedding of his cousin, Princess Marina of Greece. She met him again after that, but young Elizabeth fell in love with her prince when she was only 13 years old, as she herself said, it was love at first sight. Philip was only 18 at the time. Elizabeth befriended Philip and they began dating in 1939. She maintained contact with Philip despite opposition from her mother, Queen Elizabeth I, and her sister and Margaret.

At the time, Philip was a landless and homeless prince, born abroad, baptized in an orthodox church, in poor financial condition, three sisters who were married to German princes associated with Nazism. These are the reasons why her mother thought he was not the right husband for the future British queen.

But the heiress to the throne fell in love with the handsome and young naval cadet, and they continued to correspond. In 1941 they repeatedly mentioned marriage, and in 1946 they got engaged secretly. That same year, Philip officially asked King George VI for the hand of his firstborn daughter.

Although Elizabeth’s father was opposed to the wedding, the present-day queen had every right to marry whomever she wished, so this marriage arose out of love and not by agreement, as was customary at the time. The King was concerned about the origin of Philip – that he is from Greece, but also his relaxed manners and loud behavior. However, the king approved the marriage but asked not to make it public until Elizabeth’s 21st birthday.

The engagement was made public on July 10, 1947, when Philip gave Elizabeth a diamond ring that belonged to his mother. Philip relinquished all Greek and Danish royal titles and adopted the surname Mountbatten. Also, he was baptized in the English Church. 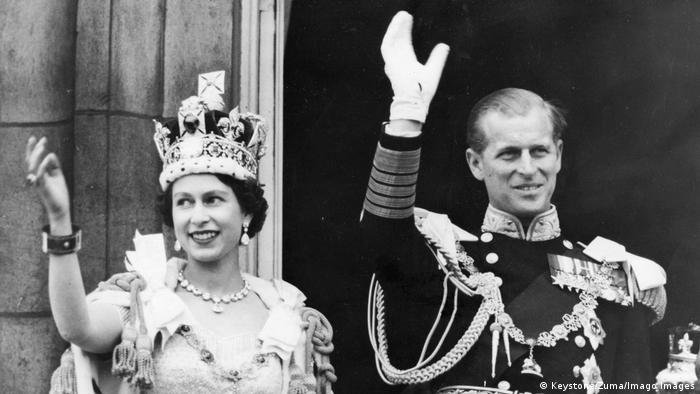 On the day of the wedding, November 20, 1947, Philip received the title of Duke of Edinburgh.

The royal wedding was very modest. There were many restrictions in Britain at that time, so the princess bought the material for the wedding dress with coupons, and she wore make-up for the wedding herself. The wedding was watched by 200 million listeners around the world on BBC radio.

Related: Sometimes she too is a rebel: 10 royal rules broken by Queen Elizabeth

The first year of marriage

Philip’s relatives from Germany didn’t attend the wedding, as many considered the marriage controversial. But the couple didn’t waver in their decision and love. The following year they had their first child, Prince Charles. Two years later, they had a daughter, Annе.

Although a young mother of two, Elizabeth soon took over from her father, King George VI. She took over the royal duties much earlier than expected. This is due to the illness of her father who was an avid smoker and died of lung cancer.

The secret of a long and harmonious marriage

Together they defeated the rumors that Philip was unfaithful at one point. Elizabeth said of her husband that all these years he had been her strength and support.

“The main lesson I have learned over time is that tolerance is a key ingredient to a happy marriage. It may not be crucial when things are going well, but when it thickens it is definitely important,” Prince Philip told their 50th birthday. He stressed that one of their secrets to a good marriage is that he always knows how to make his wife smile. 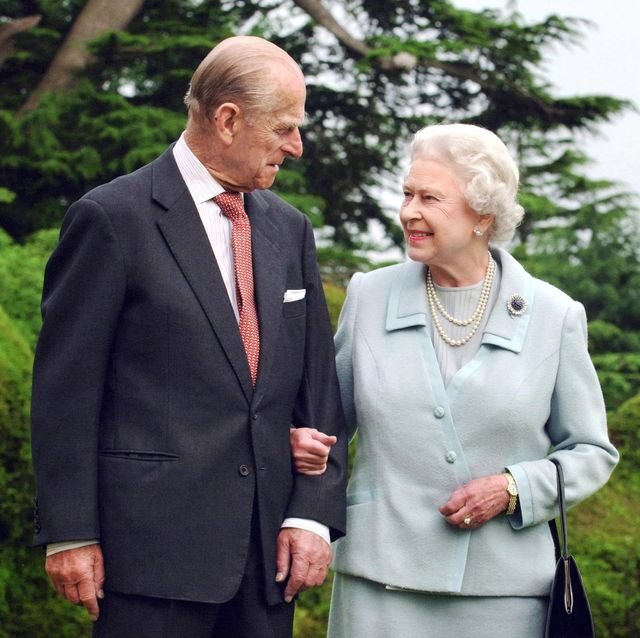 The love story of Elizabeth and Philip

A cheerful spirit helped Philip to cope with health problems and family tragedies. He was known for not wanting parades and big celebrations in his honor.

Prince Philip celebrated his 99th birthday exactly as he wished, alone with his wife, Queen Elizabeth. His 100th birthday, which he was supposed to celebrate on June 10, unfortunately, didn’t meet him.