JLO and Ben Affleck are on a love tour after giving themselves a second chance – Where were they all?

JLO and Ben Affleck are definitely the couple that is a hot topic this summer. Since the first photos of their “love escape” in Montana appeared in May this year, it seems that the couple is constantly on the move.

From romantic dinners and family reunions to Ben meeting Jennifer’s mother at the casino, their relationship seems to be in the media all the time. 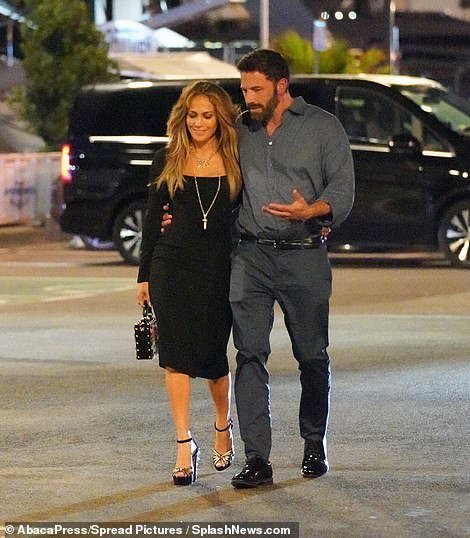 Related: It’s like we went through a timeline: JLO and Ben Affleck caught on a yacht in the same pose as two decades ago 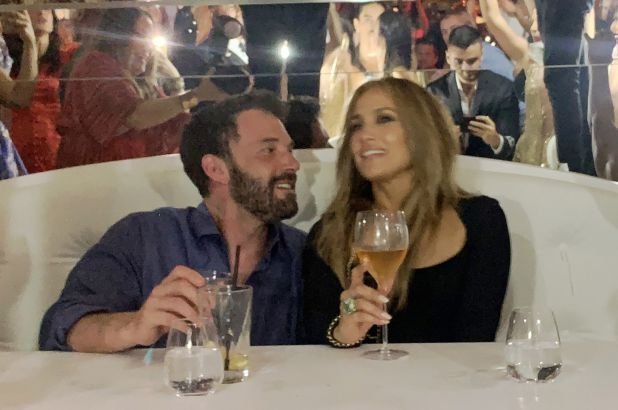 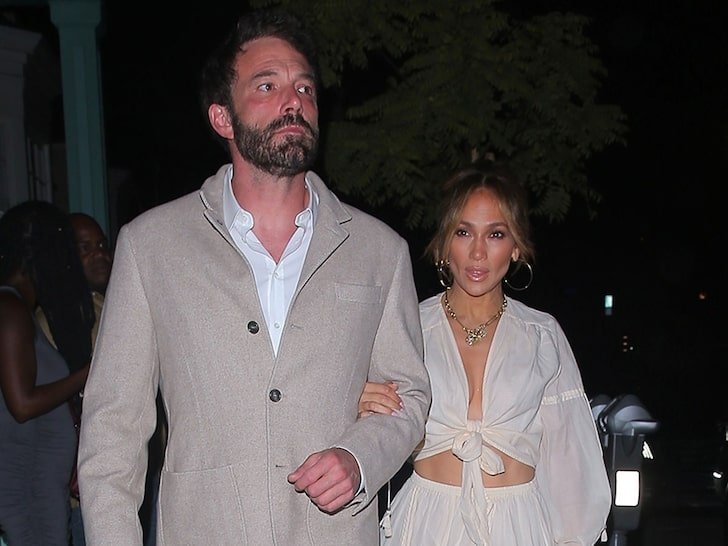 JLO and Ben Affleck are on a love tour after giving themselves a second chance – Where were they all?

After deciding to give their love a chance again after 19 years, JLO and Ben are constantly together. Let’s remember where everything was before after the first speculations appeared that they are together again and that the new generations will have the opportunity to see in action the love between the couple known as Bennifer. 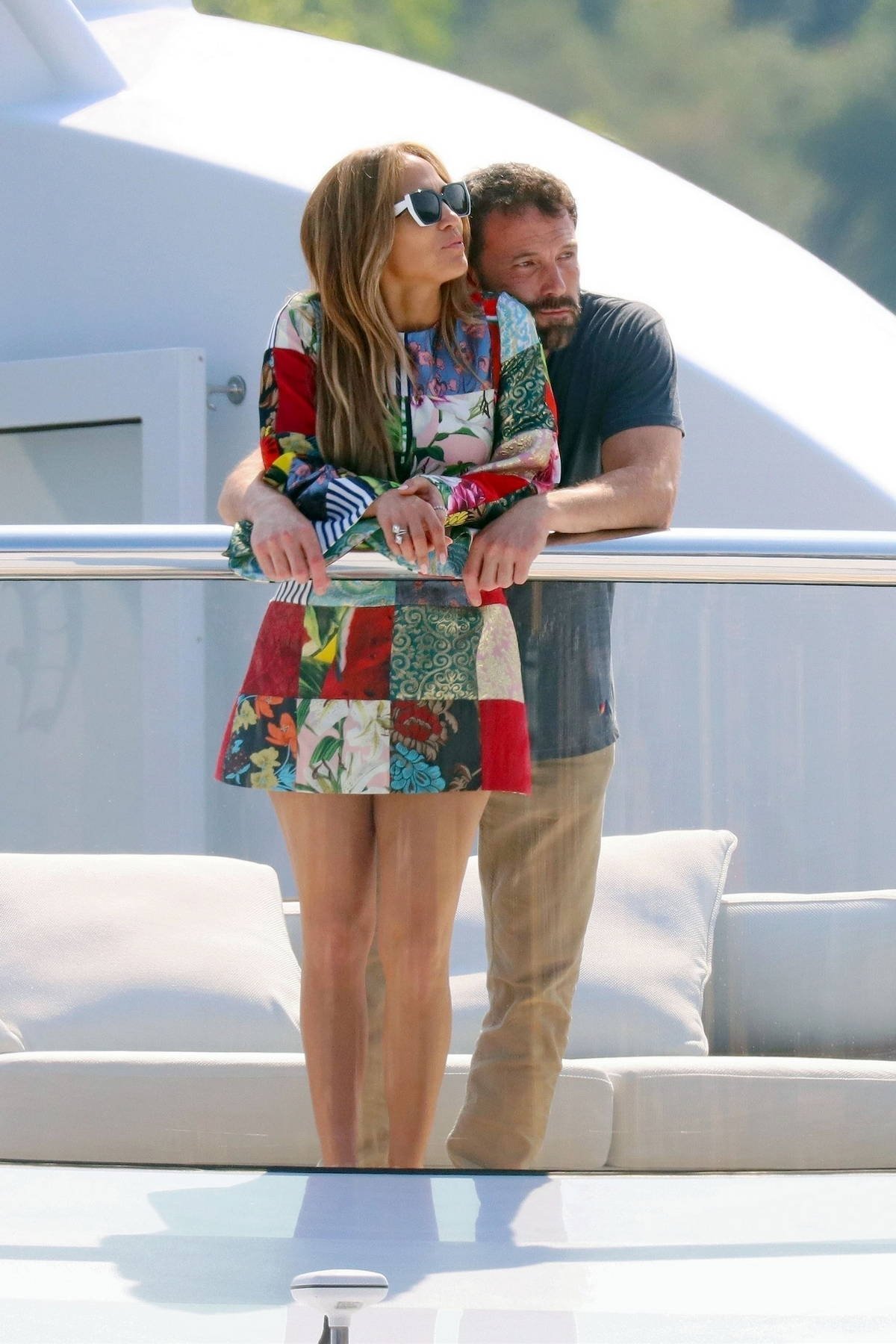 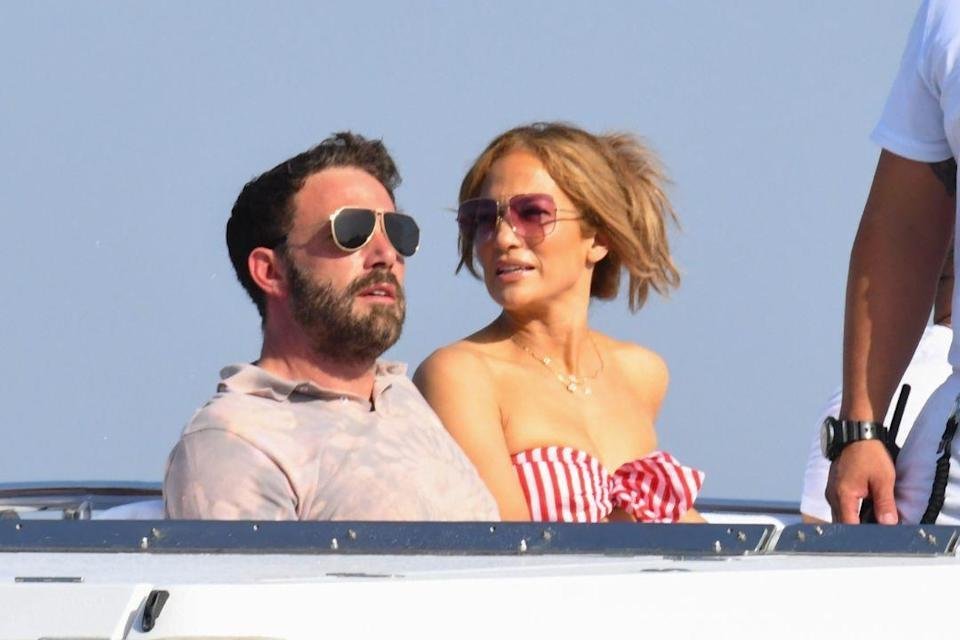 A weekend in Montana

In May, the world media published exclusive photos showing the JLO and Ben Affleck holding hands returning from a romantic weekend they spent at his luxury villa in Montana. Recall, this trip followed shortly after the famous actress and singer announced that she was breaking up with Alex Rodriguez. 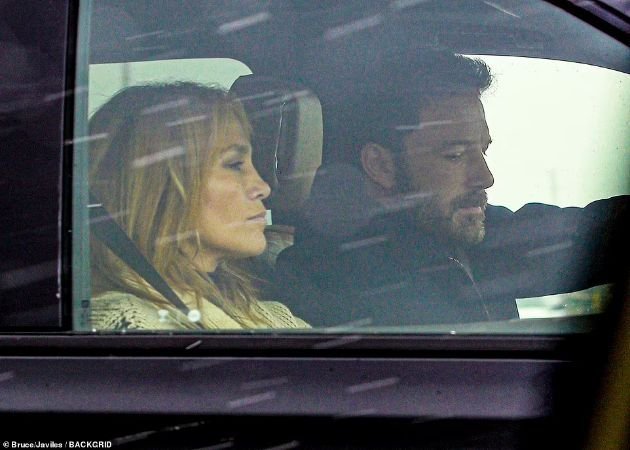 With the kids at an amusement park in Hollywood 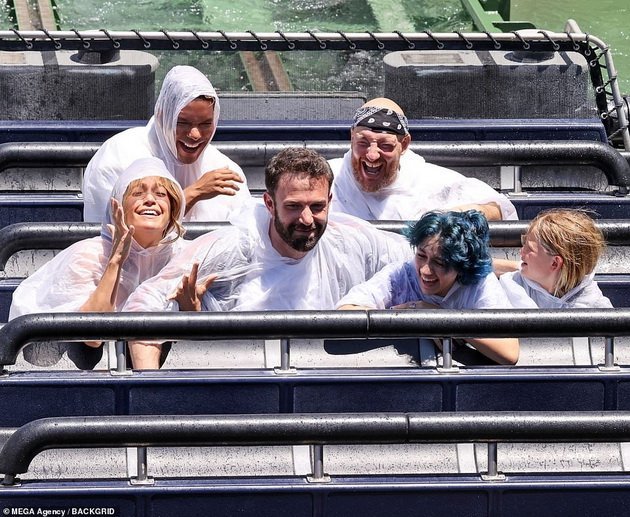 At the beginning of July this year, the famous couple was spotted at Universal Studios in Hollywood. On this trip, Jay Lo took with him twins Emme and Max (13) from their marriage to Mark Anthony, and Affleck was accompanied by his son Samuel (9) from his marriage to Jennifer Garner.

Weekend in the Hamptons

The very next day, the couple was spotted enjoying a romantic walk in the Hamptons, where the JLO has its own extremely private villa, worth $10 million. 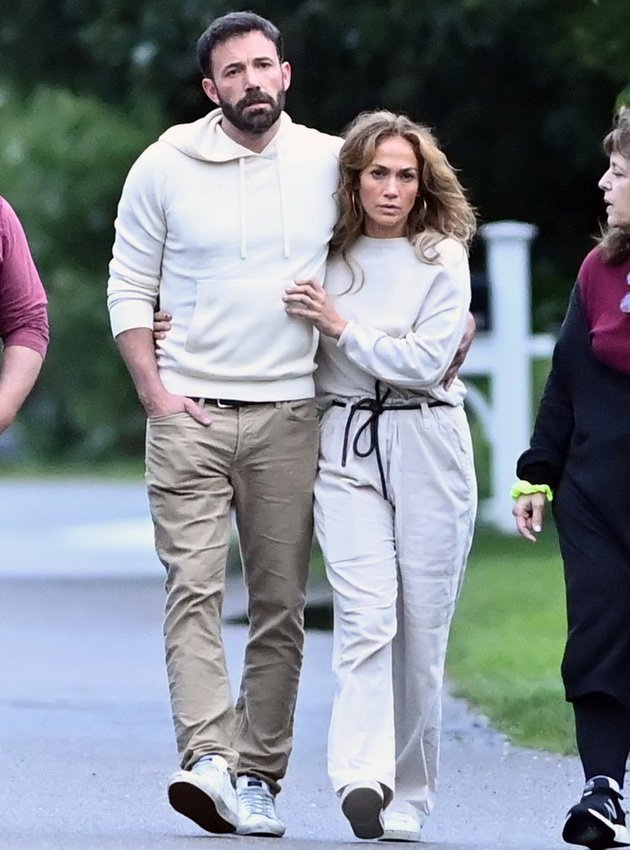 Related: Alex Rodriguez also went on vacation where is JLO with Ben Affleck – With a luxury yacht and a beautiful girl

On the occasion of the singer’s 52nd birthday, the famous couple went on vacation on a luxury yacht in Saint Tropez. From there, they decided to finally put an end to the speculation, so they published a photo that definitely clarified things for us. 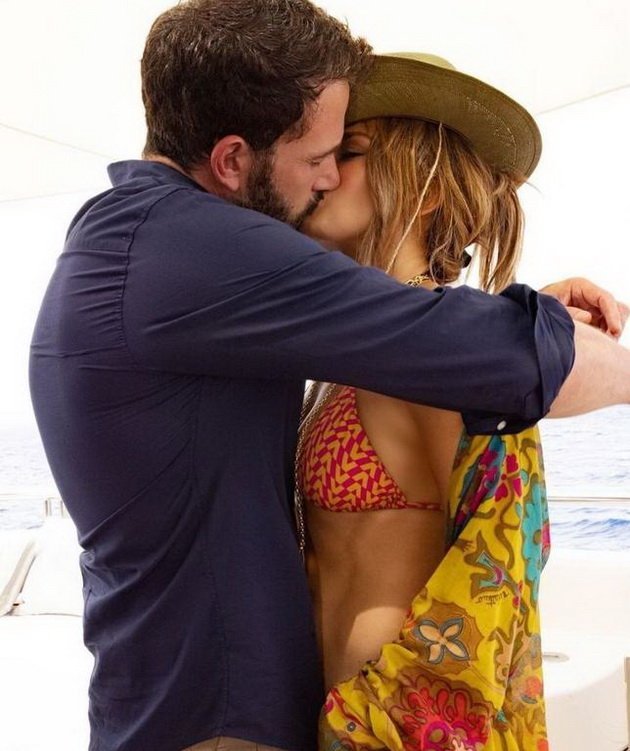 After the publication of the photo from the passionate kiss on the yacht, it became clear to all of us that there is no room for doubt and that Ben and Jennifer are together again.

Capri – a walk through jewelry stores 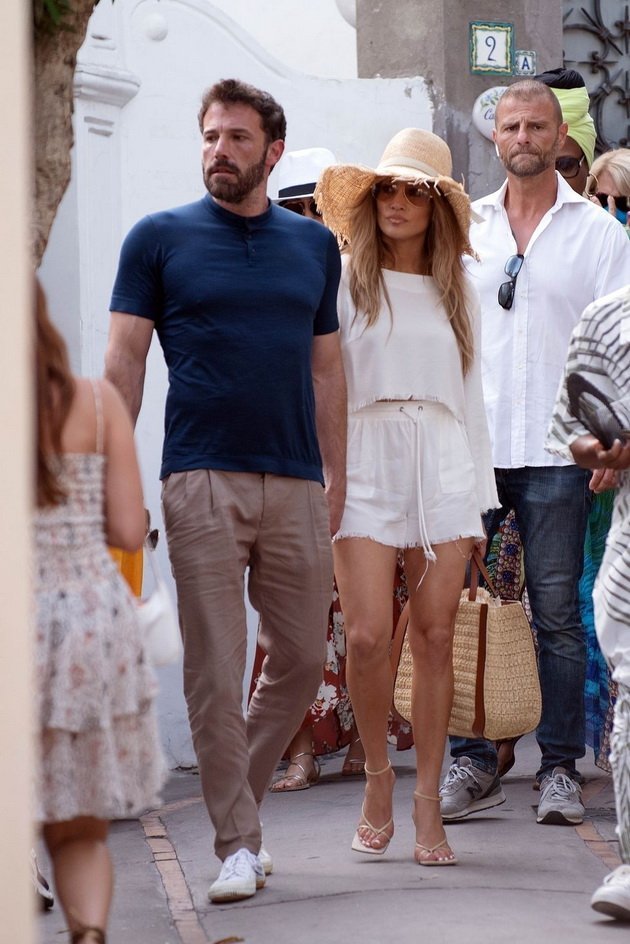 From Saint Tropez, Ben and the JLO decided to visit Capri as well. They were spotted walking holding hands. The media reported that the couple bought a lot of jewelry in stores, but still, Ben didn’t buy a new engagement ring. 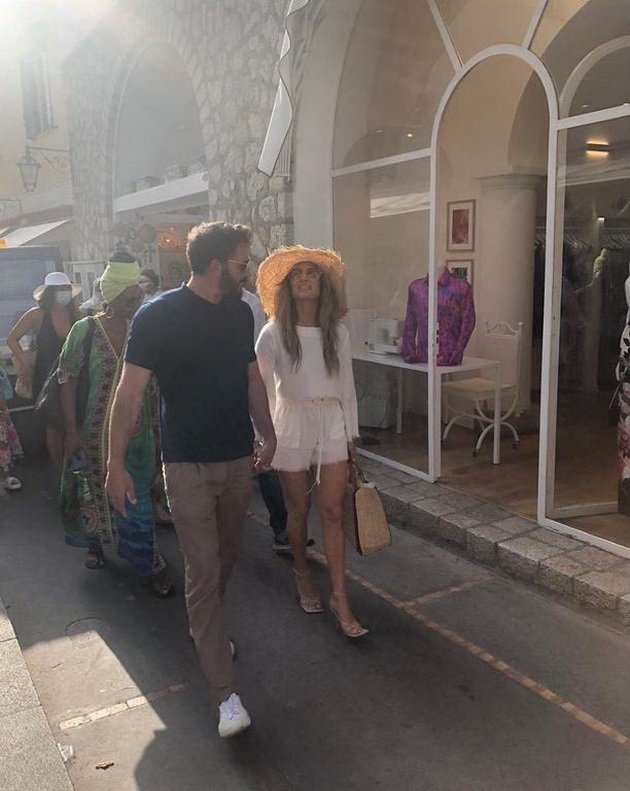 In Malibu with Matt Damon

After the European tour, the famous couple was last seen in Malibu, where they met this weekend with their colleague and longtime friend of Ben, Matt Damon. Damon was a big supporter of them from the beginning when the rumors came out that it is possible for the couple to be in a relationship again. 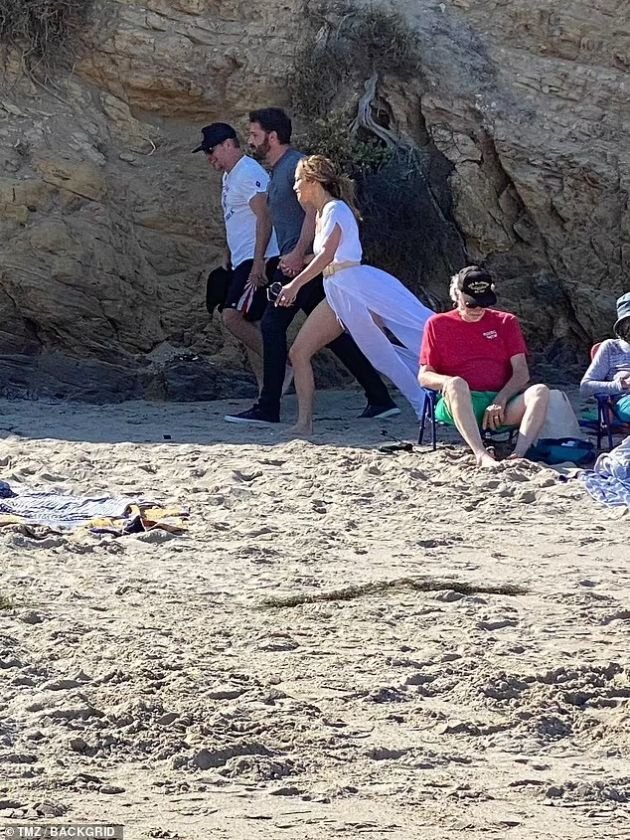 TRENDING: Britney Spears dances after her father relinquish legal custody of her: “This is freedom”