Meghan Markle is Preparing Herself in Gym for The Royal Wedding

Meghan Markle now is very busy working on her fitness, because only one month left until the highly anticipated royal wedding. Meghan Markle (royal-to-be) was spotted in London while leaving a gym in a casual, low-key workout look. Markle went under-the-radar in all black, wearing a hoodie sweatshirt and sunglasses for her workout session. 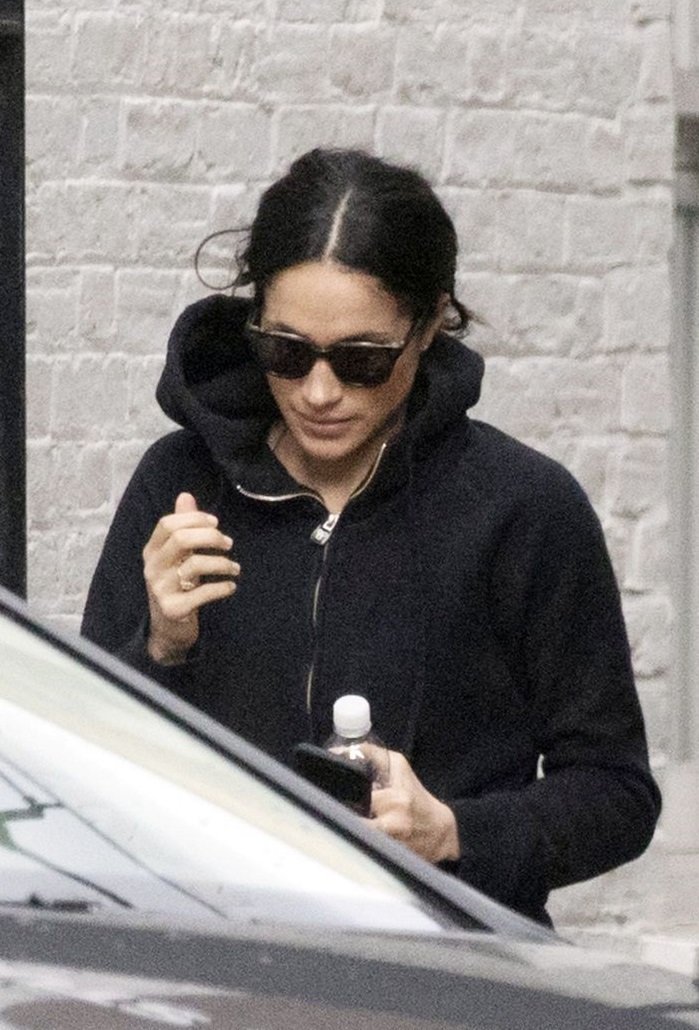 Meghan Markle in black hoodie while leaving the gym in London.

It’s unclear what kind of workout class Markle was attending, but she’s a known workout fiend who loves yoga, pilates and running.

In one interview she said: “My mom was a yoga instructor so that practice is in my blood. I love an intense vinyasa class-and even better if it’s blasting hip-hop and done in a dark room with candlelight.”

While she was still an actress on Suits, Markle used to document her health and fitness regimens on her former lifestyle website, The Tig. Along with sharing her love of pilates and yoga, she also revealed more about her plant-based diet.

Markle has also said: “I try to eat vegan during the week and then have a little bit more flexibility with what I dig into on the weekends. But at the same time, it’s all about balance. Because I work out the way I do, I don’t ever want to feel deprived. I feel that the second you do that is when you start to binge on things. It’s not a diet; it’s lifestyle eating.”

Royal-to-be Markle prepares to marry Prince Harry on May 19. Markle’s fitness routine is fully in pre-wedding mode. Though it’s unlikely she’ll ever share all her go-to wedding workouts, here’s hoping she at least spills some of her new fitness secrets.