One Passenger Died After Exploding Left Engine on Southwest Plane

Female pilot safely put down a passenger. She had previously been a military pilot and had gained extensive experience in the US Navy.

The Southwest Airlines airplane on a New York flight to Dallas, Texas, landed at Philadelphia airport yesterday after exploding the left-hand engine, and spattered parts broke windows and killed a passenger. 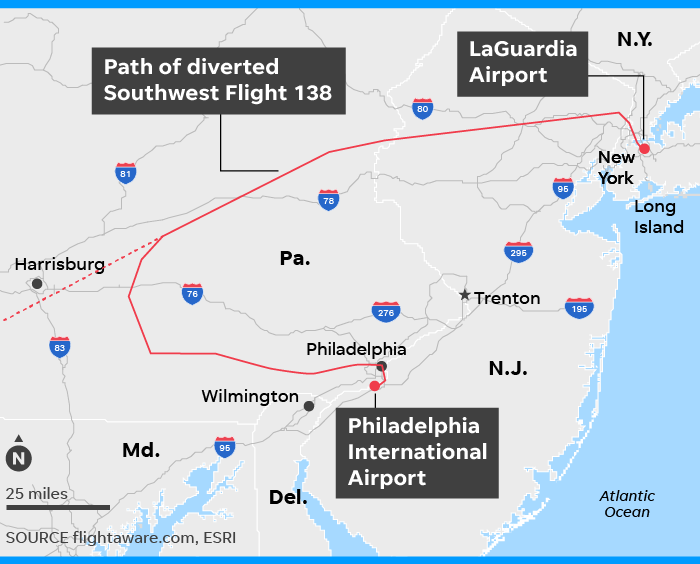 After the engine exploded, Pilot Temi Joe Schultz (56) had to land the plane Boeing 737-700 at the international airport in Philadelphia.

Schulz, one of the first women in the US Navy, appealed calmly to air traffic controllers that they had fallen into the plane and that they would need an ambulance on the runway.

Most of the 144 passengers hailed Schultz on social networks for her timely and calm response, and the airline said the crew had done everything according to emergency training.

Some sources say that Schulz wanted a career in aviation when she was a high school student, but was rejected with an explanation that they did not receive women.

She studied medicine but did not lose her flying desire, and she applied for recruiting at the US Navy’s Air Force.

Shulz is the first woman to fly F-18 and become an instructor before leaving the Navy in 1993 and began working as a pilot at Southwest Airlines. 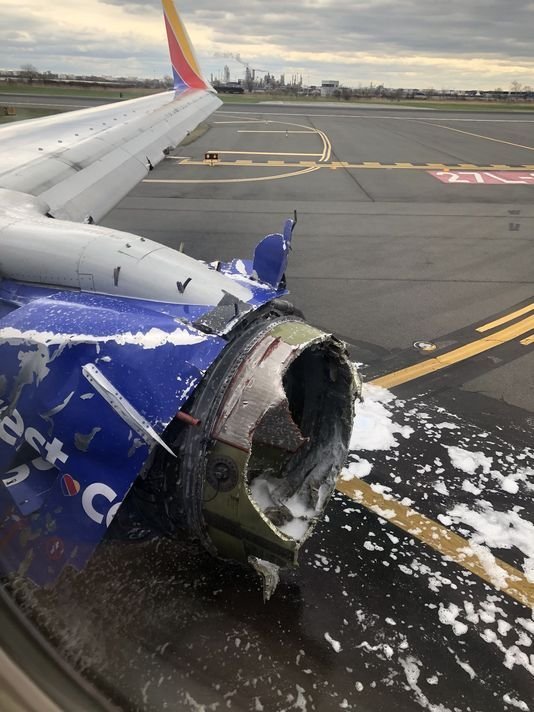 Late Thuesday, the victim who died was identified as Jennifer Riordan (mother of two) of Albuquerque, N.M.

Riordan, a vice president of community relations for Wells Fargo bank and graduate of the University of New Mexico, was the first passenger death on a U.S. airline since 2009— and the first ever in Southwest Airlines’ history.

New Mexico Gov. Susana Martinez called Riordan “an incredible woman who put her family and community first” and said her loss would be felt across the state.