Scandal on Russian state television: The editor in the middle of the news came out with a banner “No to the war, do not believe in propaganda”

A video from the News on Russian state television was spread on social media today, where while the presenter was reading the news announcement, another woman appeared behind her with a banner against the war in Ukraine.

Read: Zelenskyy visits wounded soldiers in hospital and award them with the Order of Courage

Scandal on Russian state television: The editor in the middle of the news came out with a banner “No to the war, do not believe in propaganda”

“Not for war. Stop the war. Do not believe in propaganda. They are lying to you. The Russians are against the war.”, reads the banner that the woman held on the air for a short time. 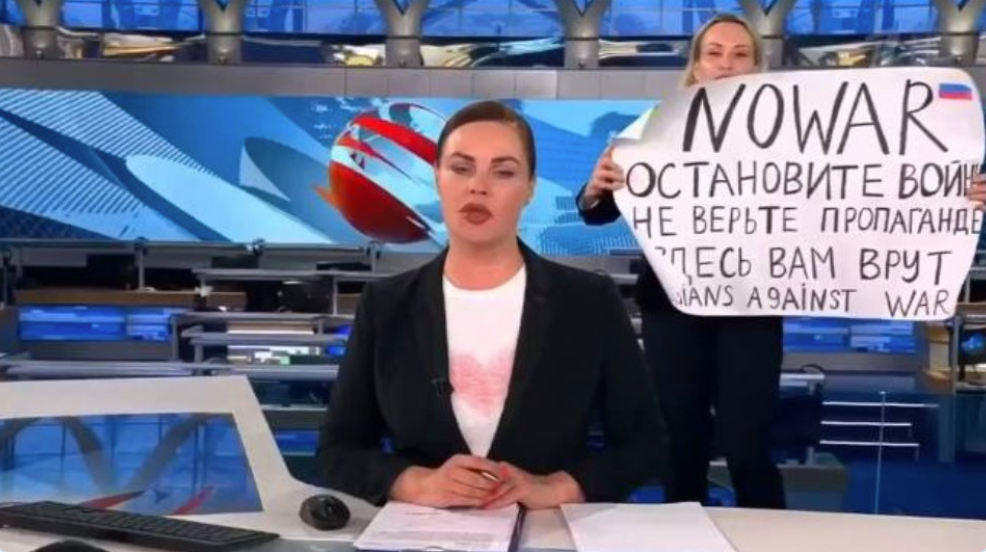 The video flooded social media for a short time, and the search for the woman’s identity started immediately.

A woman burst onto Russia’s main live evening newscast today with a sign that says:

And chanting: “Stop the war! No to war!”pic.twitter.com/pKVKZFVEM3

The editor of the Moscow Financial Times, Max Seddon, soon announced that it was Marina Ovsyannikova, who is the editor of the state television. She was immediately taken to a police station in Moscow. 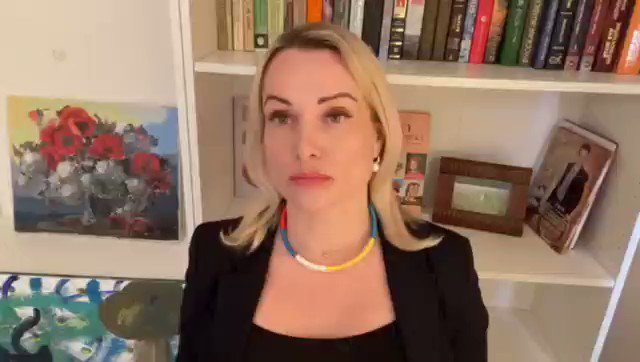 Ovsyannikova will be charged with discrediting the Russian army, a charge under which she could face up to 15 years in prison.

TRENDING: Military aggression in Ukraine: Negotiations on the table, shelling on the ground