Billie Eilish has a new look: No more neon green locks of hair

Just six minutes after posting the photo with the new hair color, the singer received a record million likes. The new feminine hairstyle marks her new period in life. Billie Eilish has a new look.

The talented singer who is adored by many young people around the world, Billie Eilish has news, has given up her recognizable look.

Billie Eilish has a new hairstyle

It is about the hairstyle, which this 19-year-old pop star has now drastically changed and no longer has green locks of hair on a black background. She was last seen with that hairstyle at a recent Grammy Awards. Now she has shown herself with light hair, cut in a chic shape and ultramodern bangs.

The biggest fans already knew that there would be a change in her appearance, because Billie announced it back in February, on a live call on Instagram.

“I will change my hairstyle when the documentary comes out. It will be the end of an era. I will give you another era. “, said then Billie, highlighting the release of her documentary “The World’s A Little Blurry”.

Billie is recognizable by the frequent change of hairstyle. For the past few years, she has adorned her hairstyle with silver, purple, black and blonde locks of hair. But from 2019, she faithfully wore the color green.

It is interesting how Billie Eilish came up with this eccentric but recognizable hairstyle with neon green locks on the top of her head. 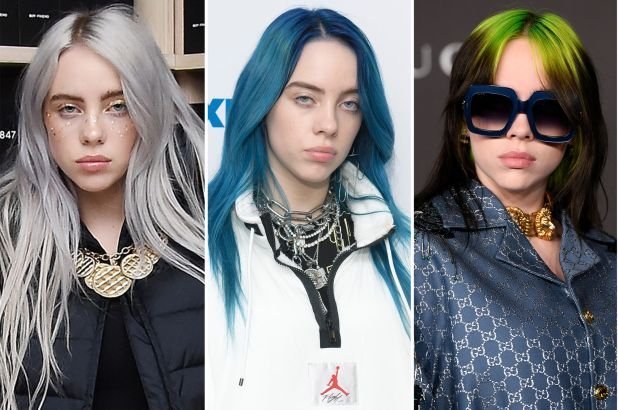 She also shared the story of this with her fans on Instagram, when a fan asked her what her most unusual hairstyle was. She responded with a video, in which she showed the tips of her hair, explaining that her hair in that area started to fall out, and then she tried to dye it at home.

“Do not trust anyone, just because they say they are good with the color, my hair fell out for the next two months.”, explained the singer.

After this, through a photo with her hairstyle, she said that people simply assume that she intentionally dyed her hair roots in neon green.