From all the bad stories, images, and videos about the war between Russia and Ukraine, I spotted something more warm and cute on the internet while looking for more information about the whole situation.

Well, on Twitter was shared a cute video of a little dog that Ukrainian soldiers spotted freezing along outside.

They take him into their post and no he stands guard for them. They’ve named him Rambo and he seems very happy to be around them, play, and protect.

They say that he is a security and he is doing a great job at it. 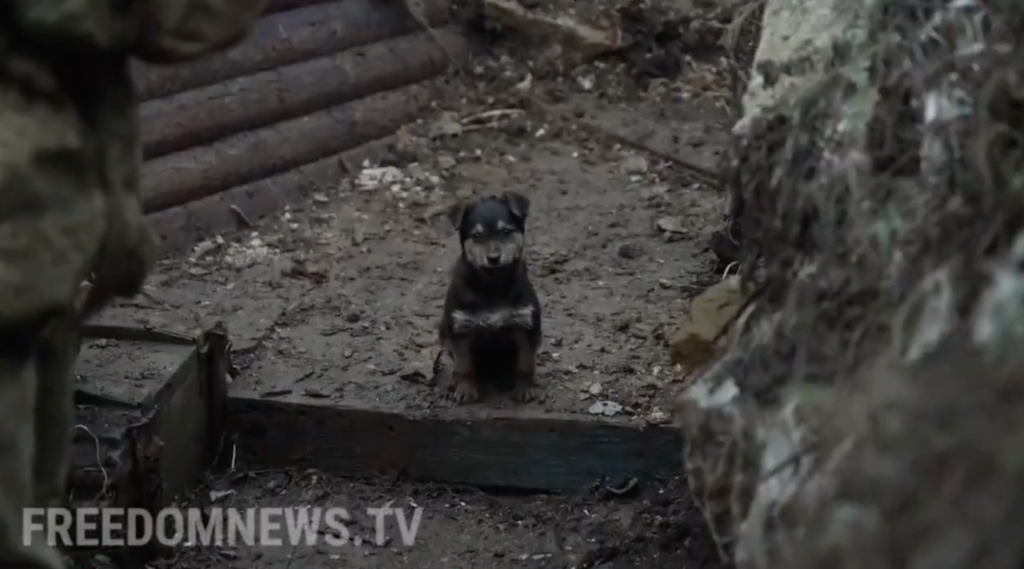 Also, Rambo is their watchdog and he can hear very well if there is a stranger nearby.

They are saying that they had a pregnant dog running around there she is now a mother of three puppies, of which two are usually in the kitchen and Rambo is outside protecting.

Rambo used to be so tiny he could fit in one hand, the soldiers said.

The video and story are taken by freedomnews.tv and here’s the video that I found on Twitter: