Emily Ratajkowski responds to critics: “My body changed during pregnancy, I still have excess skin”

Model and fashion designer Emily Ratajkowski (30) is currently working on the promotion of her book My Body. She was also a guest on the Howard Stern show, where she commented on the large number of criticisms she received after immediately after giving birth, she published a video advertising the new pajamas from her brand Inamorata.

The video was made just 11 days after giving birth to her son Sylvester and it caused an avalanche of comments from her followers because it sets unrealistic expectations for the body after childbirth.

“There was a woman who, although she had a small number of Instagram followers, was still very angry and commented that I wanted everyone to know that I was immediately back in shape and that I was putting unrealistic pressure.”, said Emily.

Read: Camila Cabello in a blue bikini kisses Shawn Mendes on the beach in Miami

Asked if she feared for her appearance while pregnant Emily revealed that she did not think she was fully back in shape. 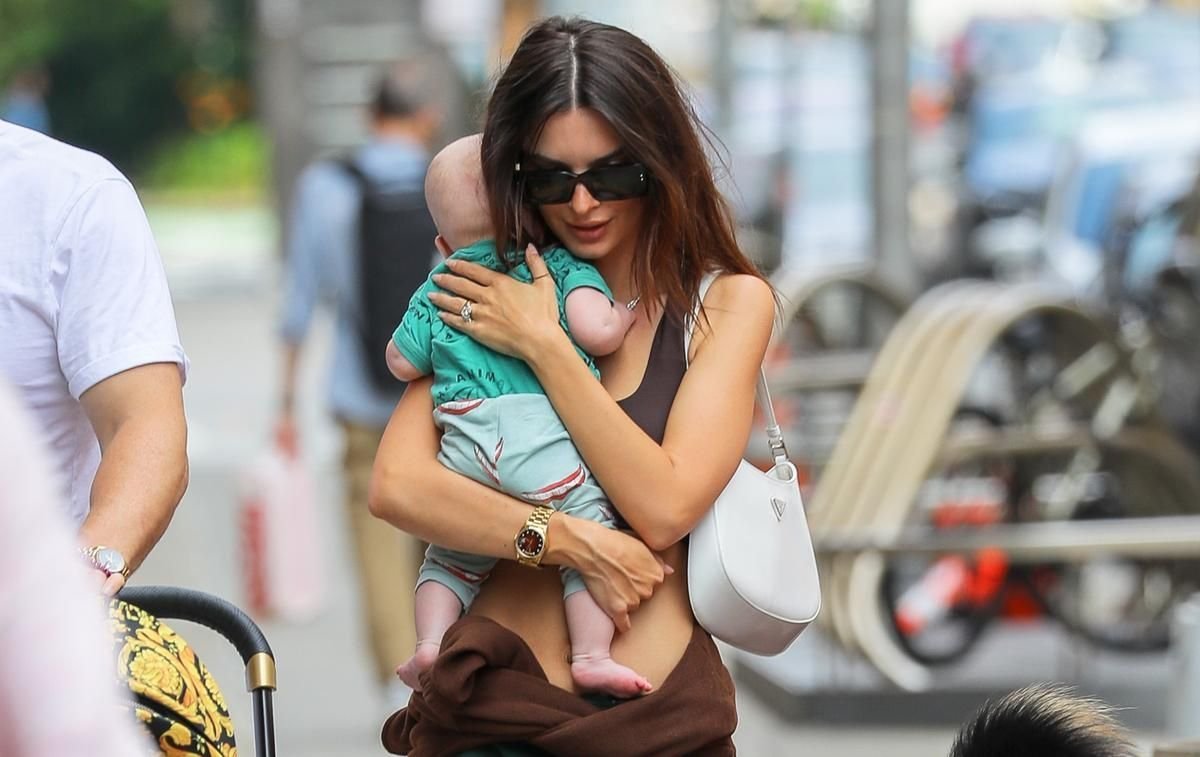 “My body changed during pregnancy, I still have excess skin on me, but I was not scared while I was pregnant, because I think pregnancy helped me start appreciating my body in a new way.

I liked that I was pregnant. There were days when I woke up and I was very scared because I had no control and my body was constantly changing.”, she said.

Apart from setting unrealistic standards, Emily was often criticized for what kind of mother she is, but that did not stop her from continuing to post the photos she wanted. 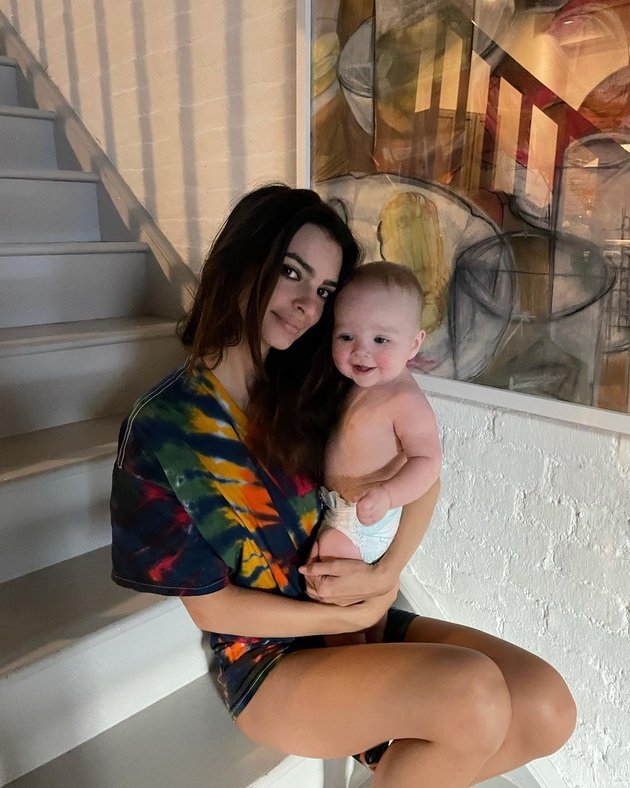 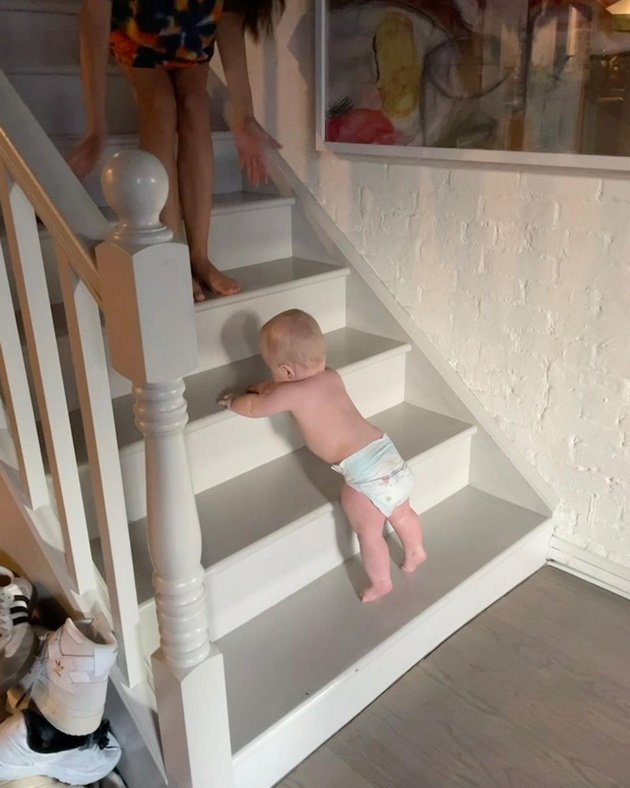 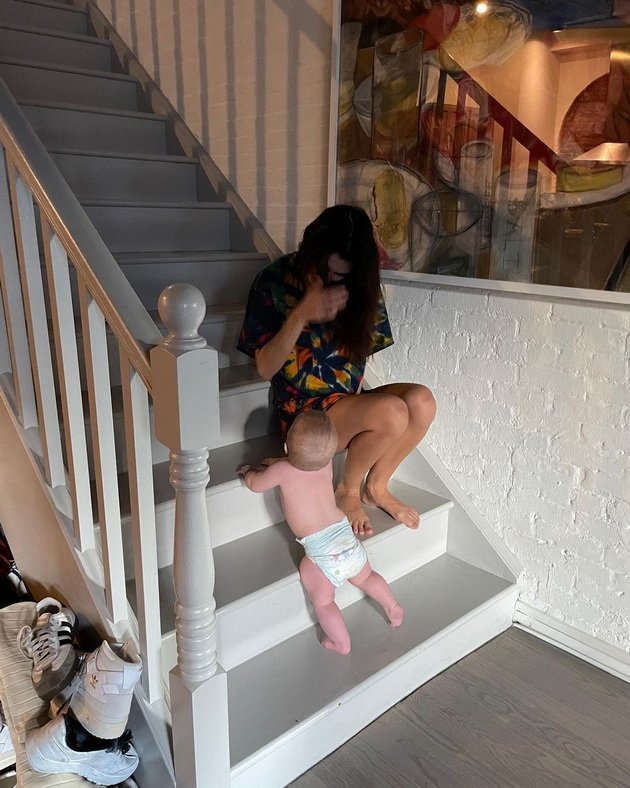 Read: Lady Gaga strikes in a purple dress by Gucci at the premiere of House of Gucci

Recently, Emily showed for the first time the face of her child, which she covered up in previous photos. On the post she wrote:

“Sleepy from book press, I come downstairs this morning to my big boy CLIMBING the stairs to hug me. Nothing better.” 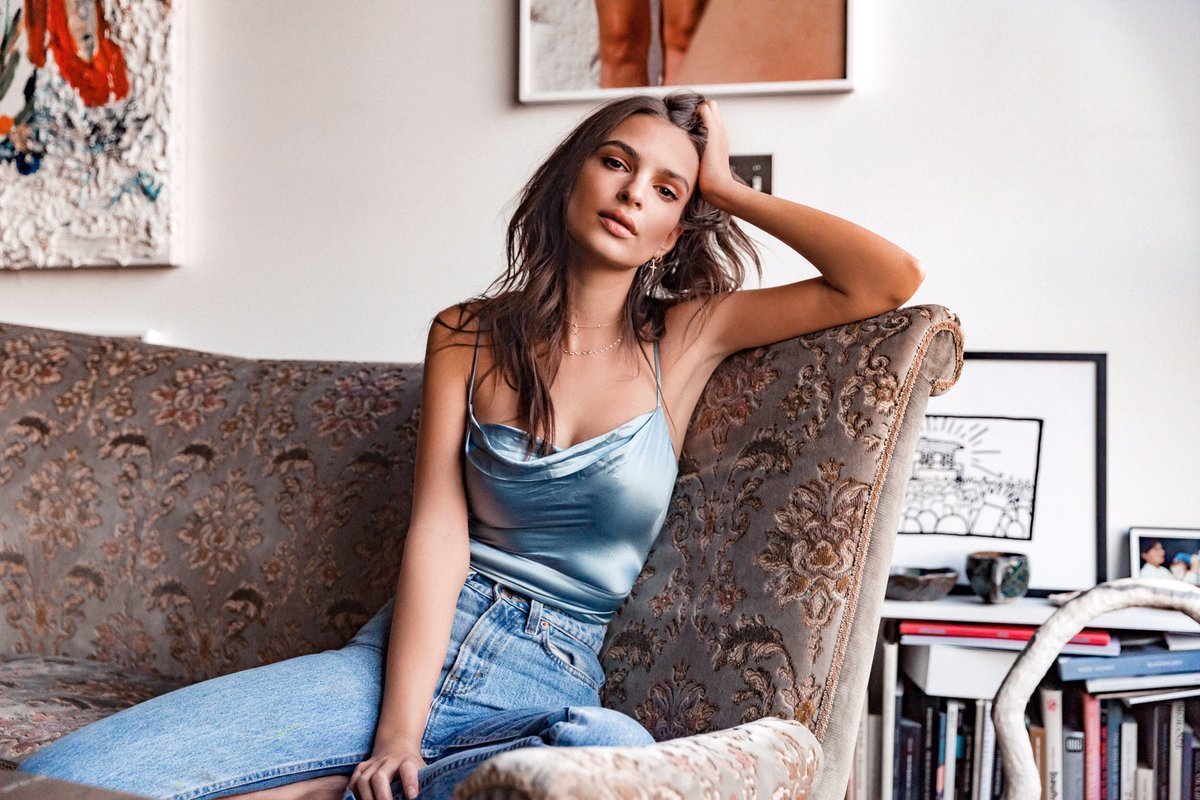 TRENDING: Meghan Markle charmed alongside Prince Harry at a gala in New York