Omarosa Says That Trump is Holding Melania as “hostage”…

Omarosa Manigault-Newman continues to discover the secrets of Donald Trump, after being fired from the service of the US president.

This time she claims that Trump can deport the first lady to the United States if she tries to leave him while he is on the presidency.

This is the latest shocking claim coming out of her recently released “Unhinged” memoirs in which Omarosa, who was fired from the White House in December, is talking about Trump and his way of working.

“If Melania attempted to inflict this greatest humiliation and leave him while in office, he will find a way to punish her,” says Omarosa in the book.

She insinuated that Trump played a “dishonest role” in Melania’s immigration from Slovenia to the United States in 1996, although the two allegedly met for the first time two years later, in 1998.

“This is the man who said he would give himself a pardon in the Miller case. Why he would not do the same for allegedly bribing for an American visa?” Omarosa says.

Related: The Dark Secrets of Donald and Melania Trump’s Marriage 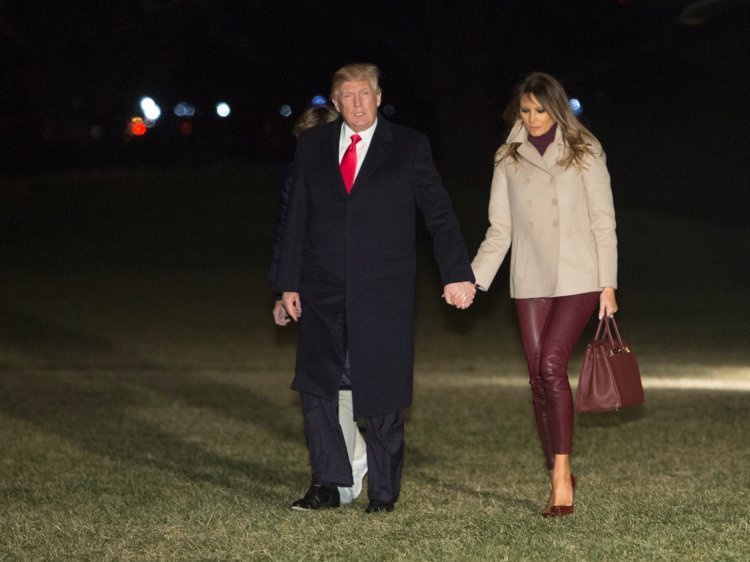 Previously, there was speculation that Melania, who worked as a model, received a residence permit in the United States with the so-called ” “Einstein’s visa” for talented immigrants, although immigration lawyers say that it is unusual for this top model to receive an EB-1 visa.

Melania became a US citizen in 2006, a year after she marries businessman Trump.

In the past months, the Trump administration is making efforts to deprive citizens who were lying or in any way deceiving the state in the process of naturalization.

Omarosa claims that Trump had personal reasons behind this move, in order to have a legal basis to threaten Melania with deportation.

“Donald is aware of her obtaining a permanent residence visa and could, if there was anything irregular, disclose it and annulment her visa,” claims Omarosa.

“He is a very vengeful man, and nothing goes well with him.”

“In my opinion, Melania counts the minutes until his mandate ends so she can divorce him.”

“Mrs. Trump very rarely had any interaction with Omarosa. It is a real disappointment that she comes out with such nebulous and retaliatory claims, especially considering the circumstances that the President has given to her, “the statement said.