Earlier in the week, she revealed she was suffering from a ‘heavenly hangover’ following the Met Gala after-party. But that didn’t stop Kendall Jenner from pouring herself another glass on Thursday.

The 22-year-old model appeared naked to Instagram Stories, as she enjoyed some wine in her hotel bathroom.

Her sexy bathroom snap comes soon after the eldest Jenner sister found herself at the center of a controversy when her video with Vogue was released in which the fashion mag got a front-row seat as she prepared for the Met Gala on Monday, May 7.

Kendall had her brunette locks wrapped up in a large towel. She appeared fresh-faced for the impromptu shoot. 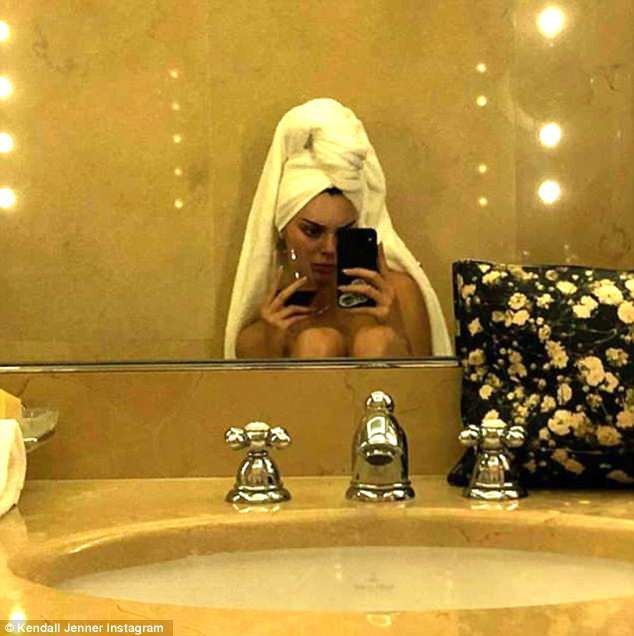 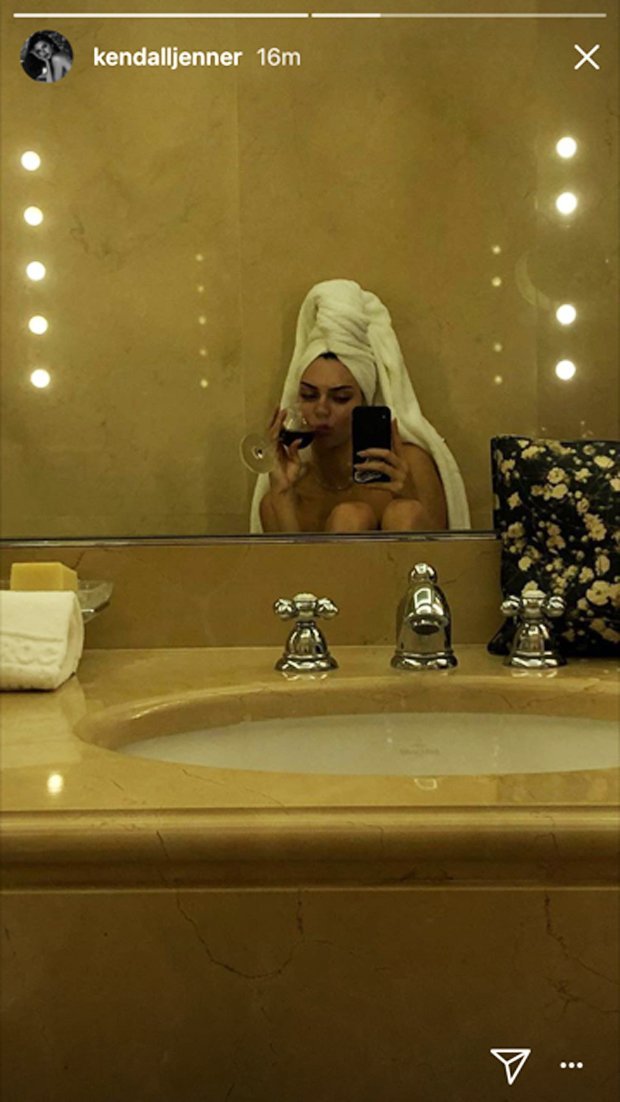 Kendall Jenner drinking wine in the bathroom and taking selfie for the Instagram Stories. 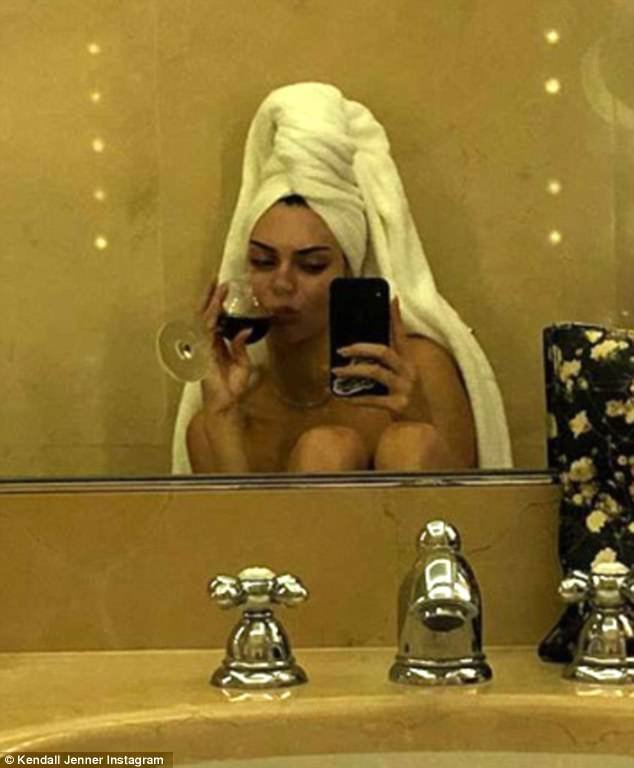 Closer look at the Kendall Jenner while drinking wine and taking selfie in her hotel bathroom.

Related article to this, that you may be interested in:

Kendall Jenner also had another almost naked pictures on her Instagram profile, at Coachella. She was lying on the grass wearing a leopard-print thong bikini.