A chance meeting of Rita Ora and the famous Oscar winner turned into a romance – He is still married!

Rita Ora and Oscar winner Taika Waititi enjoy the beauties of Australia. It was recently revealed that Rita Ora is in a love affair with 15-year-old Taika Waititi.

Rita Ora is in a love affair with Taika Waititi

The news of the love romance between the British singer Rita Ora (30) and the New Zealand film director Taika Waititi (45) has come to light these days. Rita Ora revealed her love affair on her Instagram account with a photo. In the photo, Taika is hugging her and they are both wearing the same Gucci sweatshirts.

In the description of the photo, Rita Ora wrote: “Good times, memories, random things on my phone and the ones I love..”

Read: Brad Pitt was the sexiest man at the Oscars 2021 – he became a hit on Twitter

Rita Ora and Taika Waititi met two months ago in Sydney. There, the British pop star Rita Ora was a member of the jury of the Australian The Voice, and Taika Waititi is shooting the new part of the movie series Thor: Love and Thunder, with which Taika became famous.

Taika Waititi is still married to film producer Chelsea Winstanley with whom she has two children. Supposedly they have not lived together for more than two years. 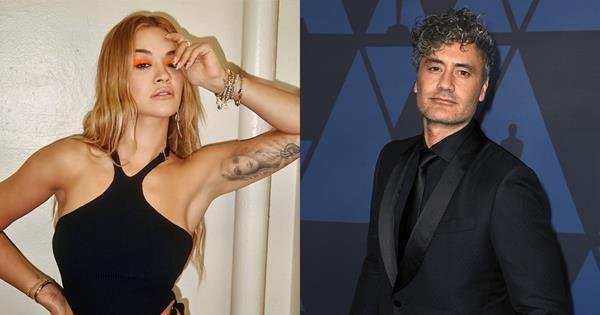